OpenAI which is an Artificial Intelligence research laboratory has built another stunning AI model which is the best Minecraft-playing bot till now by making it watch 70,000 hours of video gamers playing the popular computer game Minecraft.

It showcased a powerful new technique that can be used to train machines to perform a wide variety of tasks just by watching on sites like Youtube which is also a vast and untapped source of training data.

The AI learned to execute many complicated sequences of keyboards and mouse clicks in a game to complete the tasks which include chopping down trees and crafting tools. It is also the first bot that can craft so-called diamond tools, where the same task for a good human player takes 20 minutes of high-speed clicking or around 24,000 actions. 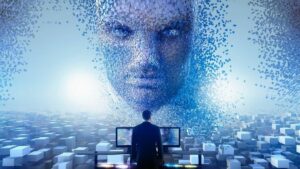 The result is a breakthrough in a technique known as imitation learning, where the neural networks are trained to perform a task by watching humans do them. Imitation learning can be used to instruct AI to manipulate robot arms, drive cars or navigate web pages.

On the internet, particularly on youtube, there are vast amounts of online videos showing people doing different things. By tapping into these resources, they hope to do for imitation learning what GPT-3 did for extensive language models.

“In the last few years we’ve seen the rise of this GPT-3 paradigm where we see amazing capabilities come from big models trained on enormous swathes of the internet,” says Bowen Baker at OpenAI, one of the teams behind the new Minecraft bot. “A large part of that is because we’re modeling what humans do when they go online.”

The existing approaches for imitation learning had a problem where it needed to be labeled at each step in the video demonstration like doing this action makes this happen, doing that act makes that occur, and so on.

Explaining by hand is a lot of work and that makes the datasets small. Baker and his colleagues wanted to find a new way to turn millions of videos into a new dataset. The team called this approach Video pro training. The other neural network was trained in imitation learning to label videos automatically.

They hired low-paid gig workers to play Minecraft and recorded the session of their gameplay and also keyboard and mouse clicks. This gave 2000 hours of Minecraft play with annotation to researchers, which they used to train their new model to match actions to the onscreen outcome.

The large internet-sized data sets will certainly unlock new possibilities for AI, says Jaques “We’ve seen that over and over again, and it’s a great approach.” But OpenAI places a lot of faith in the power of large data sets alone, she says: “Personally, I’m a little more skeptical that data can solve any problem.”

However, Baker and his colleagues believe that a collection of more than a million hours of Minecraft videos will make their AI even better. It’s probably the best Minecraft-playing bot ever made yet by them, says Baker. “But with more data and bigger models, I would expect it to feel like you’re watching a human playing the game, as opposed to a baby AI trying to mimic a human.”