The rate of growth of the gaming industry has spurred many cyber attackers to use these games as a platform for launching malware campaigns, and it turns out that Minecraft is one of their most popular choices with all things having been considered and taken into account. Over 131,000 Minecraft users on PC were infected with malware, and 26,000 mobile users were also infected which brings the total number of Minecraft players who were attacked by malware past the 150,000 mark.

With all of that having been said and now out of the way, it is important to note that malicious actors seem to be disproportionately targeting players who prefer Minecraft. The second highest number of malware infections belonged to Roblox with just under 39,000, so Minecraft users are over four times likelier to get infected by malware than Roblox players.

In the world of mobile gaming this disparity is even more pronounced. Roblox came in second again, but with only 1,186 infections reported so far. That is only a small fraction of the 26,000 Minecraft players who had malware infiltrate their systems which suggests that playing Minecraft could expose a user to far more cyber attacks than might have been the case otherwise.

Around 90% of the total malware infections seen in mobile games went to Minecraft users, and 76% of all the malware was from the notorious RedLine Stealer malware family. It works by stealing browser data and skimming passwords because of the fact that this is the sort of thing that could potentially end up allowing malicious actors to lock users out of their own accounts.

It should be mentioned that the downloading of so called cracked games might be contributing to this trend. These games are free since they can be downloaded through piracy, and the people who are offering these free downloads often include malware in the source code. This can allow malicious actors to spy on users without them realizing it, and if users started using 2FA more frequently such forms of malware might become less useful to cyber attackers and hackers in the future. 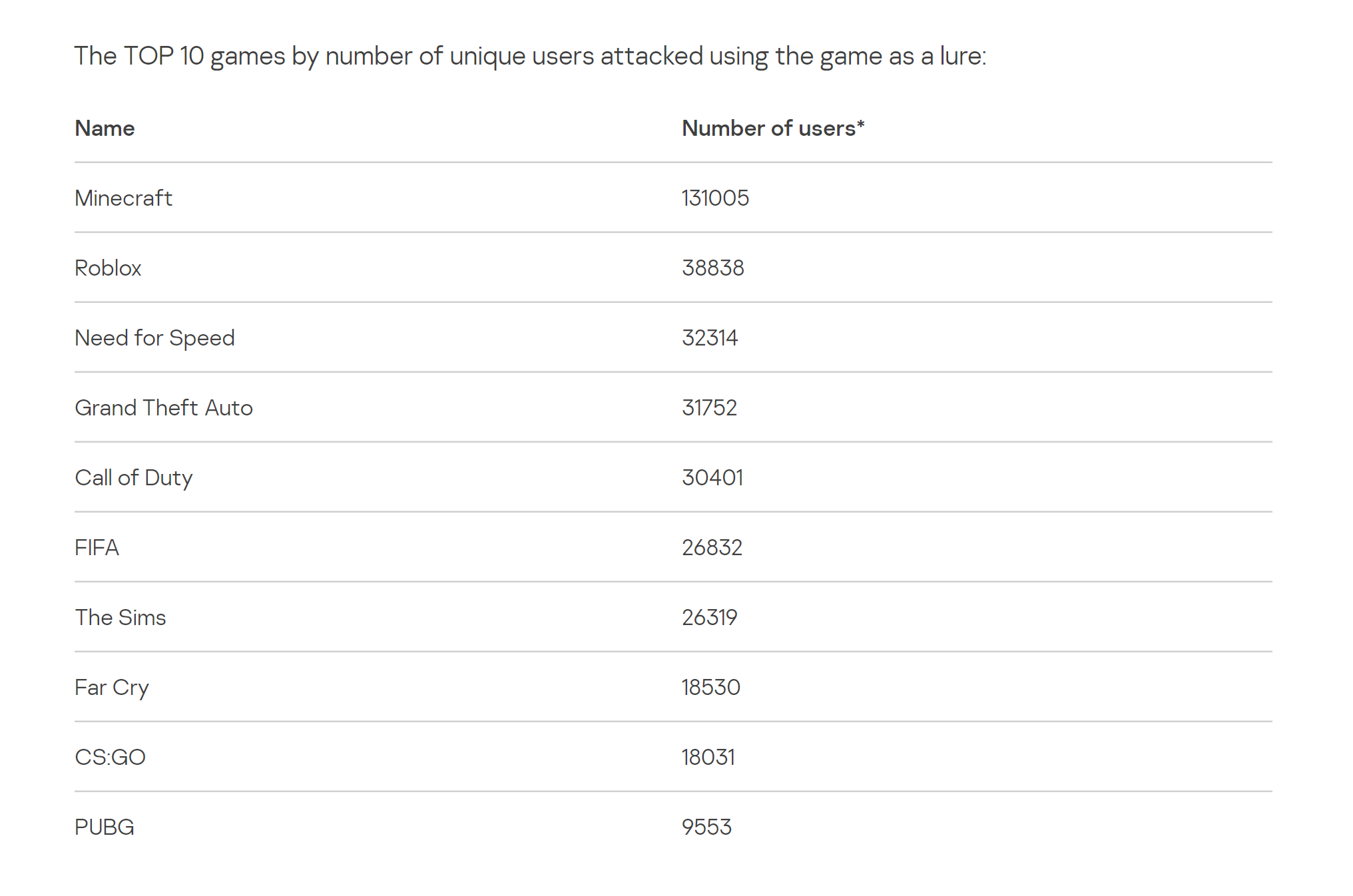 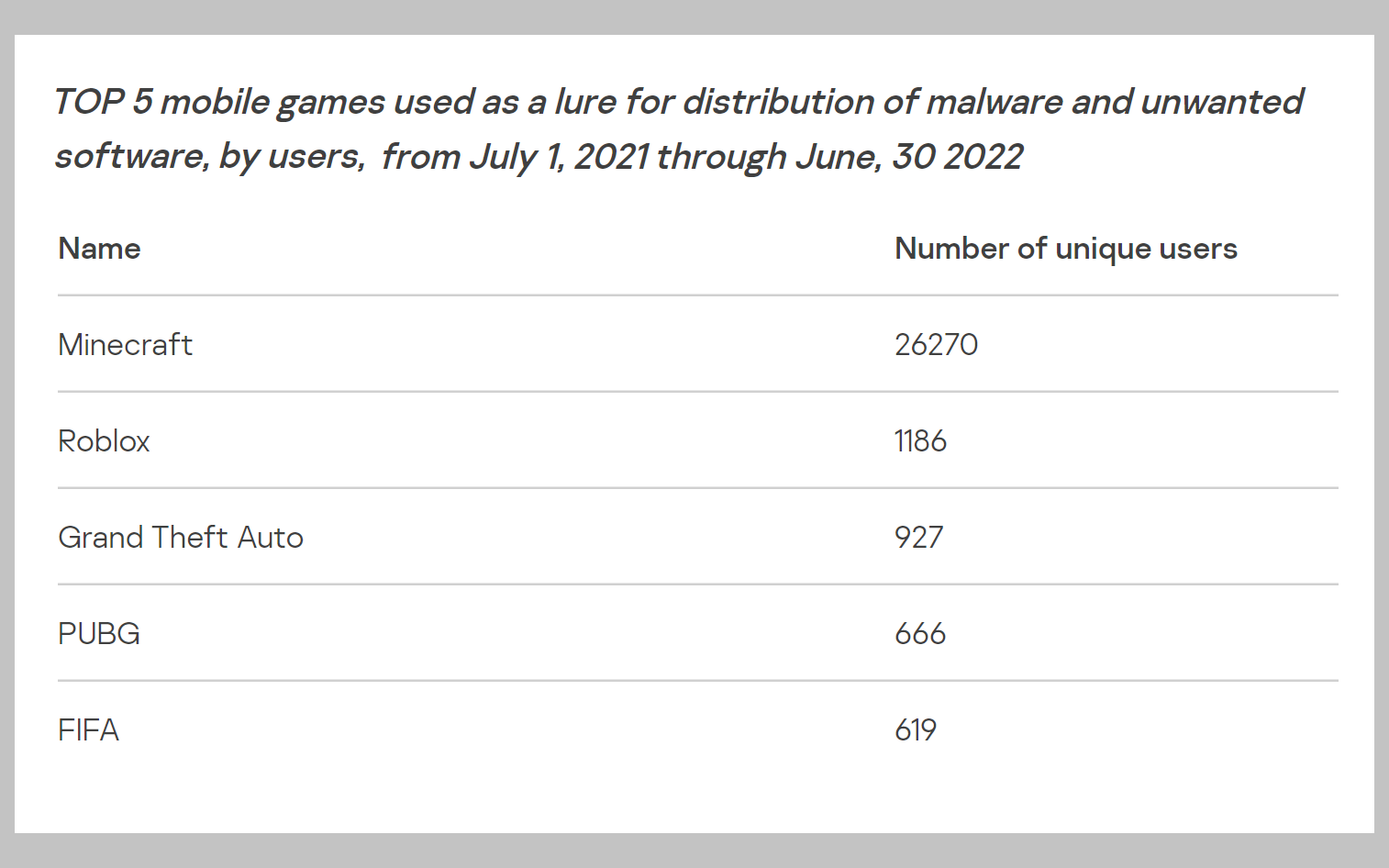 Read next: The smartphone market was at its lowest in the third quarter due to the global economic crisis