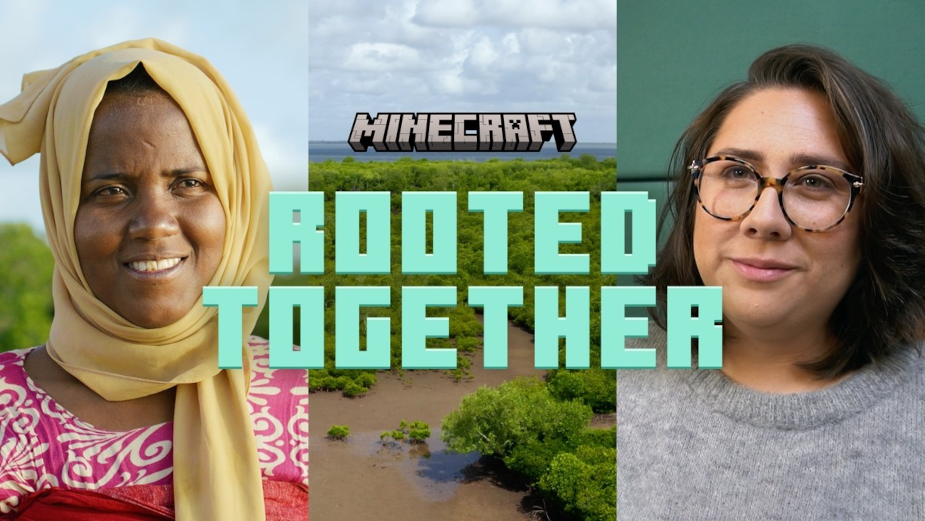 Mangroves are super trees that do so much for us and our world – like sucking up and storing carbon from our air, protecting us from storms, and filtering pollution out of the ocean. But mangroves have a PR problem: unlike better-known environmental causes such as coral reefs and kelp forests, most people have never even heard of them.

Enter Minecraft: Mojang Studios, the Swedish developer who created the game, wanted to turn Minecraft enthusiasts into mangrove enthusiasts. Using the stage of the best-selling video game of all time, they created Rooted Together, the first-ever documentary nature film shot half in the real world and half inside the game of Minecraft. Launched in June, the film introduced the game’s 141 million players to the most important tree they’ve probably never heard of, until now.

Minecraft is capping off the Rooted Together initiative with an extension of the campaign launching on November 11th, 2022, directed by wildlife filmmaker Jawahi Bertolli. A custom map was built inside the game by partner Everbloom Games, visualising 50 years of mangrove restoration in about 50 minutes for players. The company then partnered with four popular Minecraft creators to stream the map, encouraging their audiences to donate to The Nature Conservancy. As a result, the campaign raised over $227,000 for the cause and distributed it to regional mangrove efforts around the world. One of the recipients of these donations, Zulfa ‘Mother Mangrove’ Hassan is spotlighted in the campaign– a community organiser and conservationist who leads 30 women from the Mtangawanda village in Kenya to rehabilitate degraded mangrove forests in their area.

Both iterations of Minecraft’s ‘Build a Better World’ campaign were created in partnership with agency 215 McCann, using the game as a vessel to make a real-world impact for the protectors of our coastlines.