Mojang Studios announced the second of three potential new mobs in an official blog post, following the reveal of the Minecraft sniffer before it. Based underground, while the sniffer lives above ground, the rascal might be a good choice for you if you’re still seeking more thrills when mining – even after the Caves and Cliffs update. 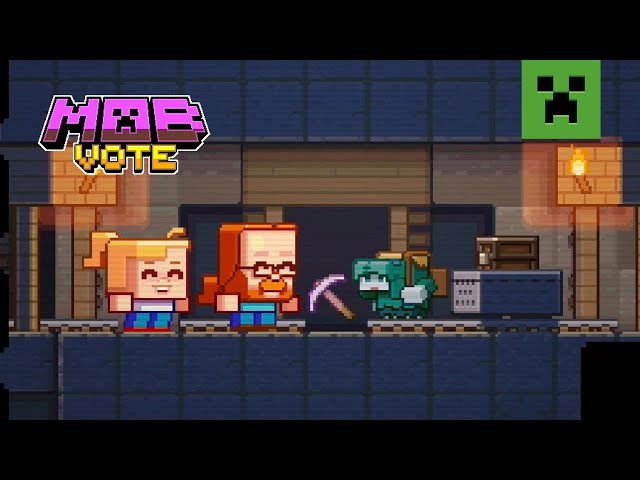 From what we know about the Minecraft rascal so far, this cute, hunched mob lives in the darkness, hiding away from those who plunder the game’s deep underground caves. It’s not as shy as it might first appear though, and – as its name suggests – is just a little mischievous, having its fun with you before coming out of the shadows. If you succeed in its little game of hide and seek by finding the rascal three times, it will come out and reward you for playing with it, giving you an enchanted tool to help as you mine for diamonds.

While there has only recently been a new mob discovered underground, if you’ve been put off delving too deep by The Wild Update’s terrifying Warden, fear not. The rascal, being more cute than deadly, isn’t found too far down, and can be found spying on you anywhere from Y-level 0 and deeper, so you shouldn’t have to go as far as the Deep Dark to find it.

How to vote for the Minecraft rascal

If you’re already won over by the adorable mine-dweller, then you can vote for the rascal from October 14, at 9am PDT/12pm EDT/5pm BST for 24 hours, either in game, or at minecraft.net.

If you’re still unsure which of the new mobs has your vote during Minecraft Live 2022, check out the third and final choice, the tuff golem. And why not make sure you’re familiar with every existing Minecraft mob, and perhaps one fills a particular gap for you.