This Minecraft build is a staggering piece of work that’s taken more time than most people will ever put into the sandbox game. In total, this city-building masterpiece apparently took 7,000 hours to put together, which is just over 291 days worth of work, and frankly, it makes us want a nap.

One of the great things about the best Minecraft builds is that they can be incredible for a huge swathe of different reasons. Some go for scale above all else, which is why you’ve got people trying to recreate the entire universe in Minecraft. Others look for functionality, and that means you can play Minecraft Wordle if you want to. With so many excellent things out there, it can be hard to stand out.

While the build itself is undoubtedly impressive here, it’s hard not to be impressed by the sheer time commitment of this one. The creation was put together on the 2b2t server, or 2builders2tools, which is actually one of the oldest Minecraft servers going, which is also fairly impressive. However, it’s not about age; it’s just about taking it all in, which you can do by watching the video. 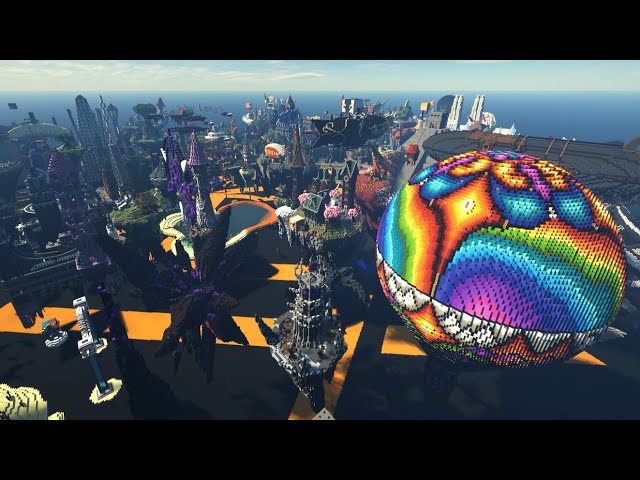 We’re not sure we’d ever manage anything like this outside of one of the best city-building games; we just don’t have the patience. It’s nice to be able to watch everything come together in the video though, even if the music is a little bit unnerving.

If you’re looking to explore some other great things, take a look at these cool Minecraft house ideas. They won’t take you 7,000 hours, which is a plus in our books. If you’d rather just get ahead of the game, then have a look at our list of Minecraft console commands and cheats to get started.