WITH Christmas fast approaching, Brits are starting to snap up their presents ahead of the holiday rush.

And with so many goodies currently in store, it’s easy to bag loads.

But one mum dropped a huge £301 in her recent trip to B&M and later showed off her mega haul on TikTok.

Kerrie, who’s known as Kerrie Essex Baker on social media, said she popped instore to pick up some nails.

But she walked out with five bags filled with bargain Christmas goodies for her family.

“So I went to B&M and obviously I didn’t get a lot today,” she sarcastically said while flashing the chock-a-block bags. 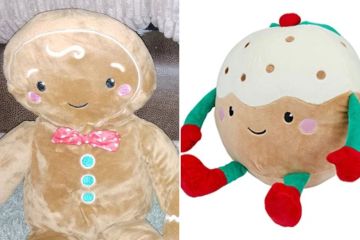 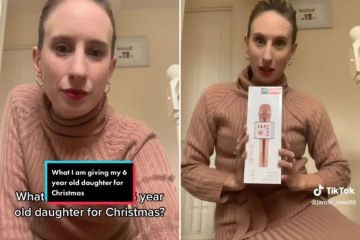 “I went in there for nails and got a few more little bits.

Feeling the Christmas spirit, Kerrie stocked up on some festive decorations including two beautiful nutcrackers for just £18.

Joining in on the love of gonks, Kerrie bagged herself couple. She got a silver-sequinned plush toy which she later named Erica, and a £7 snow globe.

“I thought that was so cheap,” she said of the snow globe which has a little tiny gonk inside.

She also got three rolls of wrapping for an “absolute bargain” at £1.50 each.

But most of her haul was made up of presents for her kids, and also the family dog Rolf.

The lucky pooch got a range of Christmas treats including food and some toys.

Kerrie’s son Cameron scored the most in this shop “because the older ones asked for more expensive things”.

This means he’ll be getting lots of smaller presents, “like stocking fillers,” she said.

With a love for Minecraft, her young son will be thrilled when he unwraps his gifts with a big selection available at B&M.

Kerrie got him a Lego set, a moneybox, a lava lamp and a cup, all Minecraft-themed.

“He’s obsessed with Mindcraft if you’ve not gathered,” Kerrie said in one of her videos.

“That was £8 I thought that was an absolute bargain for Mindcraft,” she said of the money box.

She also snapped up some drawing supplies for her kids and for herself, plus a “poo mug” for one of her sons.

She said: “I can’t decide if I’m going to give that to Jason or Cameron because they would both find it hilarious.”

Included in her haul was also a wide range of sweets and tasty treats.

She also picked up some loo roll from the bargain store because “I hate buying toilet roll from the supermarket, I think it’s overpriced,” she revealed.

Her mega haul impressed many who watched her videos, with some thankful for the great Christmas ideas.

“I love your hauls hun it gives people ideas for Christmas,” one said.

One asked if she was “rich” because she spent so much but Kerrie shut down claims and said: “I’m not rich I’m just a bad spender.”